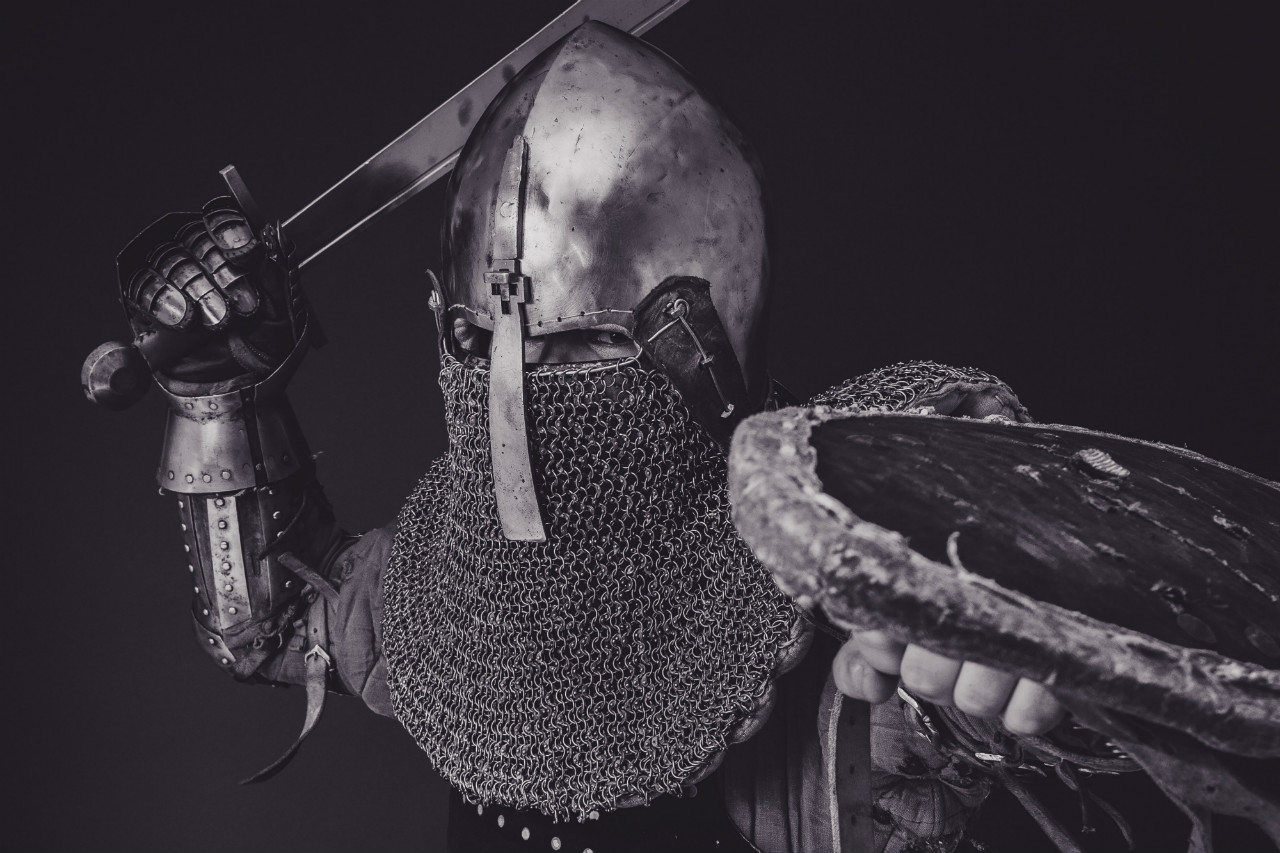 Recently, a friend said to me, “You’re such a warrior.” Maybe it was her Southern accent, or maybe it was my poor hearing, but I didn’t hear “warrior.” I heard “worrier.” So, my response to her was, “Well, I used to be, but I’m not any more. God rescued me from the pit of worry.” She was puzzled by my response and spelled it out for me: “W-a-r-r-i-o-r, not worrier!”

I’ve shared before about my struggles with worrying (read more in “The War with Worry”), and the Lord has done a great work in me. He has rewired the way I think. No longer do I jump headfirst into the deep end of the pool of worries and woes. No longer do I let my thoughts run over the cliff like a runaway train with no bridge ahead. How did He do it? It was a process, for sure, but the final blow to my habit of worrying came through the gift of cancer.

In May 2014, after being treated for thyroid issues for many years, the endocrinologist detected some changes indicating possible thyroid cancer. The biopsies were inconclusive, but she wasn’t comfortable “leaving my thyroid in there.” It needed to come out. The last time I had surgery, ten years before, I had a horrible experience with the anesthesia after the surgery. Nausea is an understatement. I threw up all night. What if I was sick again? And this time with an incision in my neck? Bottom line, I didn’t want to have the thyroidectomy.

The second opinion was the same: it should come out. We scheduled the surgery for August, and during those few months, God transformed me.

We had fun trips, birthdays, and holidays to celebrate during the summer, and I saw no reason to create anxiety for anyone else. So, I didn’t immediately tell anyone about the surgery except for my husband. Mostly, I talked to the Lord about it. I told Him I knew He could heal me. I told Him I really didn’t want this surgery. After listening to my prayers for a few weeks, He spoke to my heart and said, “Stop asking Me to take this away. Thank Me for it.”

What? He wanted me to thank Him for this?

In obedience, my prayer changed from, “Lord, take this away,” to “Lord, thank you for the thyroid surgery.” However, my attitude didn’t match my words. I was not thankful. I said “thank you,” but I didn’t feel a bit of gratitude in my heart. Day after day, I kept saying “thank you” to the Lord, and one day, things changed.

During the summer months, my college kids were home, and I loved getting to take care of them again. I enjoyed cooking, and my three sons and one daughter (then ages 15-21) enjoyed eating! There were very few leftovers when they were around, and most days I found myself preparing three meals a day. By July, I was starting to feel tired from the daily demands of taking care of everyone else, and then it happened. The Lord reminded me of what the surgeon had said: “After this surgery, you will need two weeks to recover. You cannot lift anything over five pounds, and you cannot bend over. You cannot do any housework or any cooking. Someone else will need to take care of you.” In my moment of fatigue, I suddenly became thankful for the surgery because of the time of rest to follow! I could say, “Thank You, Lord, for this surgery!” and feel gratitude in my heart about it!

As the date for the surgery approached, we told our family and friends and asked for prayer support. In addition to prayer support, which further strengthened our faith, we were overwhelmed by the love poured out in the form of cards, emails, texts, meals, flowers, visits, etc. I don’t remember when I have ever felt so loved! Zephaniah 3:17 describes what it felt like to be loved by God through the people He placed in our lives: “The LORD your God is with you, the Mighty Warrior who saves. He will take great delight in you; He will quiet you with His love, He will rejoice over you with singing.” It felt like God had scooped me up into His arms and was singing over me, a soothing lullaby. I felt safe in the arms of the Mighty Warrior who saves. I was not worried at all.

During the surgery, they did a preliminary test for cancer which was negative, but still sent all of the tissue to be analyzed. Two weeks later when I was about to go to the surgeon to receive the final results, the Lord tenderly spoke to my heart again: “This might be cancer. Be prepared to respond to this news with faith.” When the doctor opened the pathology report, he seemed surprised and said, “Well, what do you know? It was cancer.” How kind of the Lord to prepare me before the appointment! I was not surprised at all by this news.

I completely recovered from the cancer, but I was forever changed.

I was no longer a worrier. I was a warrior. If God did this for me, He can do it for everyone!

Consider a couple of biblical examples – Joshua and Gideon. God had chosen Moses to lead His people out of Egypt, but it would be Joshua who would lead them into the Promised Land. There would be battles ahead because the land was occupied by wicked inhabitants on whom God’s judgment was about to fall. He told Joshua to be strong and courageous as the new leader of the Children of Israel, and God promised to be with him and give him success (see Joshua 1). God’s presence made Joshua a great warrior and leader.

Later in Israel’s history, during the dark days of the Judges, God called Gideon to lead His people. “When the angel of the LORD appeared to Gideon, He said, ‘The LORD is with you, mighty warrior’” (Judges 6:12). God called him “mighty warrior,” but Gideon responded more like a “worrier.” He said he was from the weakest clan and was the weakest in his family. He questioned how he could be part of Israel’s salvation. The Lord answered all of Gideon’s concerns with this statement: “I will be with you, and you shall strike the Midianites as one man” (Judges 6:16). God’s presence with this “worrier” changed him into a “warrior” and Israel won the battle!

The same principle applies to us. To go from “worrier” to “warrior,” we need the presence of God. We enter His presence by the blood of Jesus. When we surrender our will to His, we receive the most amazing gift: the Holy Spirit, which is the presence of God Himself in us. Galatians 2:20 says it all: “I have been crucified with Christ. It is no longer I who live, but Christ who lives in me. And the life I now live in the flesh I live by faith in the Son of God, who loved me and gave himself for me.”

In the flesh, I’m a worrier. In Christ, I’m a warrior.

If I look like a warrior to anyone, it is because they are seeing the “Mighty Warrior who saves” in me. This is what is means to be a Christian – Christ living in me. How about you? Are you ready to leave your worries behind and allow the Mighty Warrior to live in you?